Earlier this morning the technical preview of Windows 10 ADK was released. A nice little 6 GB install if you install features or 2.7 GB you only download the bits (Yes I know the UI says 3.6 GB, but no. The download is only 2.7 GB 🙂

The new Windows ADK installer is pretty much the same as the previous versions. It still support the /features switch to install features unattended, and the /layout switch to specify a folder for offline download. In addition to the adksetup.exe, there is also a new documentation file, the ADK.chm file.

Note: If you don't see any content when opening the ADK.chm file, make sure to unblock it (right-click, select Properties, click Unblock, and OK. Or use the streams utility from Sysinternals if you are running Windows 10 build 9926 where the unblock features is broken (The syntax is streams -d ). 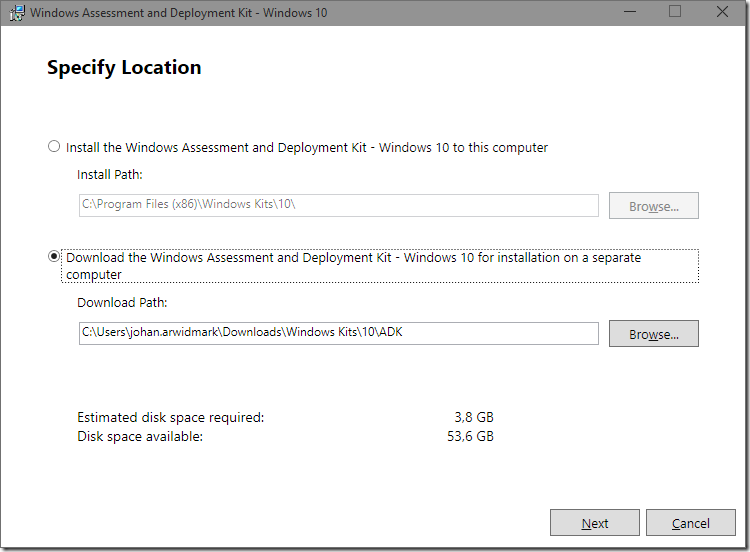 Creating a custom boot image follows the same process as in Windows 8.1 ADK, you start an elevated Deployment and Imaging Tools Environment command prompt, and type the following: 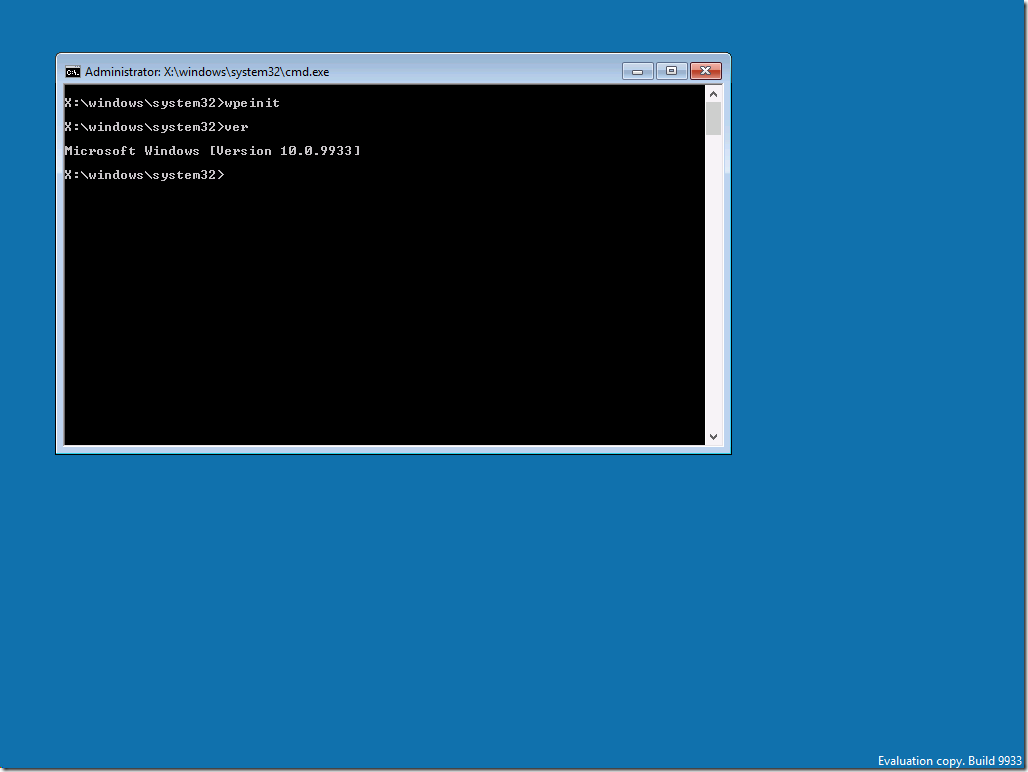 Booting on the Windows 10 WinPE image.

WinPE seems to have same components as Windows ADK 8.1

Note: If you even remotely think about using WICD as a deployment solution, think again. It would be about as intelligent as climbing with scissors. WICD is primarily a configuration tool, that happens to know about imaging. It's like WDS which also knows about imaging, but never ever should be used for imaging (unless you really like to waste your time).

The provisioning packages you create, the PPKG files, are really just WIM files with a few XML files in them. For example this XML file:

Answer file from a provisioning package.

Anyway, examples on what you can configure / customize using Windows ICD are:

If you want to do it via the UI, simply create a new project, select to create a provisioning package, and then select the Windows version.

Note: Make sure to select the right version since that will control the settings available in the project.

In this example I'm setting the wallpaper in Windows. 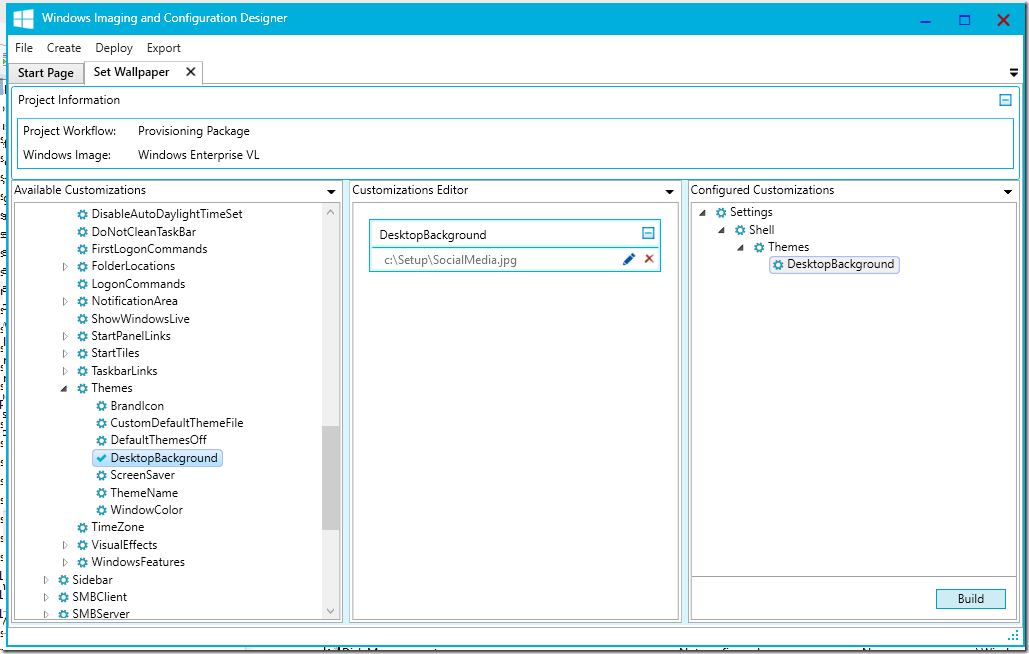 Setting wallpaper in my provisioning package.

Note: Still debugging an issue of actually deploying these packages, will update post when I know more.

There are indeed some new cool features to DISM in this release:

Support for the Full Flash Update (FFU) which captures and deploys an entire drive, including partition information. This for Windows Phone deployments.

Support for capabilities, a new package type that allows you to request components like .NET or languages without specifying the version. DISM can search multiple sources like Windows Update or your own servers to find and install the latest version.

Compressed OS support, you can run Windows from a compressed file (replaces the WIMBoot features from Windows 8.1).

And no, don't install the new Windows 10 ADK on machine where you have MDT 2013 installed.

Did you get any details in the $Windows.~BTSourcesPanthersetupact.log file?

Make sure to uninstall any third party antivirus software before running the upgrade.

By the way, should I install the Windows 10 ADK on a machine that doesn't have MDT 2013?

I have started the upgrade from a Windows 7 production test machine to the new Windows 10 Technical Preview build 9926. I tried the command line to auto upgrade, but it didn't work. The setup started and was running for a couple minutes silently, but eventually stopped and that was it. No reboot and message. I then manually reboot to see what would happen and still nothing. I will post my manual process when the upgrade has finished.

Thanks for the update Johan!

What is your oppinnion on Windows ICD so far? I recall Mikael Nystrom in your Session of TechEd 2014 Europe saying that it wasn't good (at least during that period).

Great news, and a little earlier than expected. Now let's hope MDT has an early release too. I believe February is planned for release.

On a sidenote: Johan, do you check messages on LinkedIn? 😉