The development of MDT 2013 is still hopelessly behind the technical preview releases of Windows. Until that happens you can still apply some custom hacks to the current version.

Like the previous Windows 10 preview builds, in Windows 10 build 9926 you still need to add updated DISM files to the boot image (until the Windows 10 ADK is released, and MDT is updated to support that version). However, a new issue was introduced in build 9926 due to the new "10.0.9926.0" version number: Many of the MDT scripts, especially the LTIApply.wsf and ZTIUserStafe.wsf scripts, breaks because they have quite many string checks for "6.X" versions. As an example. when you do string comparison in VBScript, "10.0" is not higher than "6.3".

This post is focusing on what you need to change in MDT 2013 to use for build and capture of a Windows 10 Enterprise x64 build 9926 reference image, the high-level steps are:

First, this is not supported so don't blame me if something is not working. It works fine in my testing, but I haven't tested every possible scenario.

The most critical fix is Start menu registration, but it's not bulletproof yet.

In the Deployment Workbench, in your deployment share, create a folder named Windows 10 build 9926 x64, and import the packages.

Copy the dism.exe and DISM folder from a x64 WTP boot.wim file to your deployment share, in my case E:\MDTProduction\Tools\x64.

Download the updated MDT 2013 scripts from this location: MDT 2013 Update scripts, and copy them to your deployment share, replace existing files.

There are a few things you need to modify in the task sequence.

Configure the Apply Patches action to use the Windows 10 build 9926 x64 selection profile. 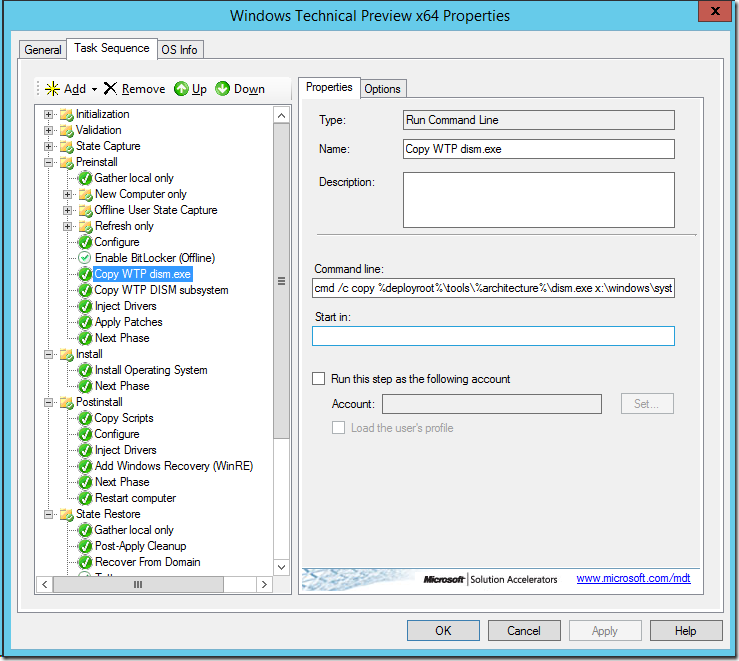 The additional actions in the task sequence.

Then add a extra Restart Computer action before the Apply Windows PE action.

Then, remove the condition on the Apply Windows PE (BCD) entry in the task sequence.

If the virtual machine is allowed to connect to Internet, it will update some of the built-in apps, and that will break sysprep.

Simply make sure it does not have Internet Access. 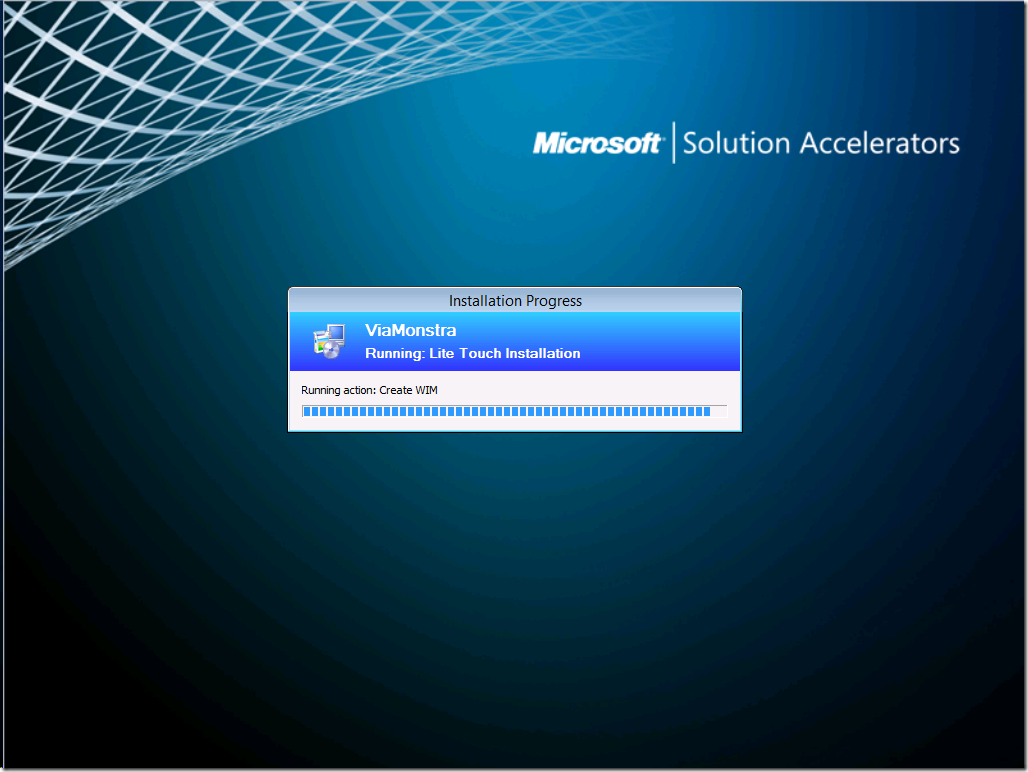 That error happens if Sysprep detects a pending reboot. Make sure to add an extra reboot prior to running sysprep.

As long as you get the updates into the image via offline servicing (packages node) the start menu should be fine. There is also a February rollup you can add.

After deployment, the Start Menu did not work. Follow these instructions to resolve – bit.ly/1yq8f6j

I'm now getting the following issue.

Recovery
Your PC needs to be repaired. The digital signature for this couldn't be verified.
File:windowssystem32winload.efi
Error code:0x0000428
You'll need to use the recovery tools on your installation media. If you don't have any installation media (like a disc or USB device), contact your system administrator or PC manufacturer.

After checking the setupact.log file during the Suspend step, I saw nothing unusual.

Check the setupact.log file, and for troubleshooting, just add a pause to the task sequence and verify internet access. Some times Internal VMs are routed (NAT) to have Internet access.