Earlier this week I was following a distribution list thread about setting scratch space size in WinPE 5.0, which both MDT 2013 and ConfigMgr 2012 R2 is using, and I thought it needed some explanation. So here is short post on scratch space in WinPE 5.0, and why you, most of the times, don't need to worry about it.

OK, scratch space in WinPE 5.0 is used as a temporary storage for log files etc. and is by default stored in RAM, even though you can change that. In earlier WinPE versions you normally set it higher than the default 32 MB, especially if you had custom apps, frontends or scripts running in your boot image. A typically value was 128 MB. In WinPE 5.0 there is no need to do that anymore, but more on that later.

First of all, don't even bother about looking in the ConfigMgr 2012 UI, because it lies to you. In this screenshot the scratch space is set to 32 MB.

But if I open the WIM and check the real value using the following commands, you can see it's set to 128 MB:

Now, in WinPE 5.0, the scratchspace size is set dynamically, meaning most times it doesn't really matter what you set, WinPE will change it during boot anyway. Shorthand, the value is depending on the amount of RAM in your machine. Remember, my boot image is configured for 128 MB of scratch space.

1 GB of RAM or less, the scratch space size is set to the value you configured in your boot image. 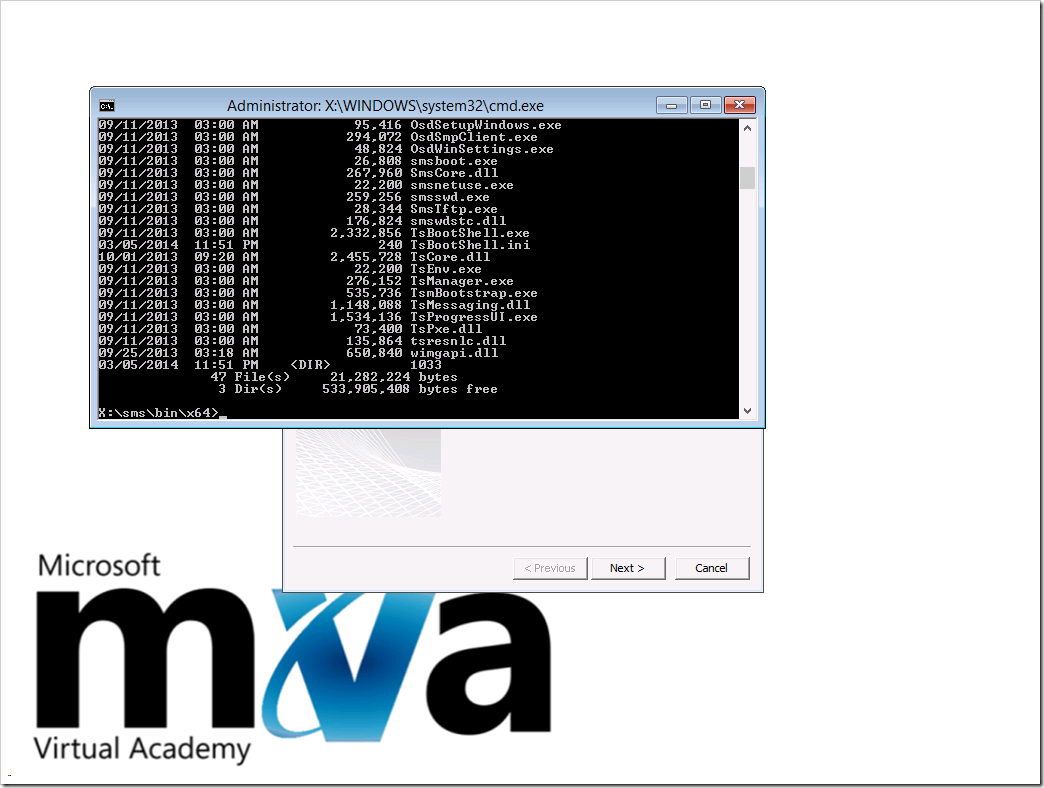 WinPE 5.0 booted on machine with more than 1 GB of ram, displaying the 512 MB of scratch space.