Just wanted to share a few "features" discovered after deploying the Windows Server 2012 R2 Update to a bunch of servers in our lab.

First, the update does spike the CPUs pretty hard during installation so plan your deployments carefully.

Second, if you (like me) have a few demo machines running Windows Server 2012 R2, with Desktop experience feature installed BEFORE installing the update, you will get a shortcut for the Windows Store on the taskbar. It doesn't matter if the machine is in a workgroup or domain. Not so useful on a server maybe 🙂  Adding the Desktop experience feature AFTER installing the R2 update does not add the shortcut. 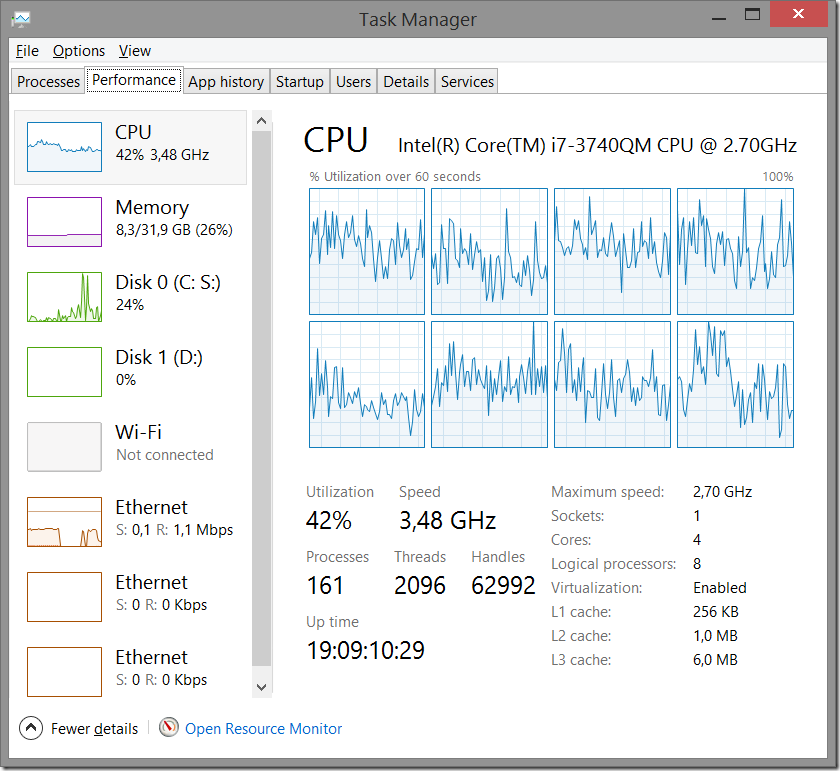 Pretty high CPU load for just an update. Virtual machines are more likely to use 80 – 90 percent.

Desktop Experience installed BEFORE R2 Update = Shortcut to Windows Store on the taskbar.