here follows a short guide on upgrading to it. The high-level steps are:

The CU4 setup will stop if there are pending reboots on the server, and I rather check it first before launching the setup, using the Test-PendingReboot. ps1 script.

Installing the CU4 update is quite straight-forward, but as usual, make sure you have a backup of the site server in the very event something goes wrong. Cumulative Updates are less tested than full releases. Run the CM12-SP1CU4-KB2922875-X64-ENU.exe script, and complete the wizard. After the wizard is completed reboot the site server. 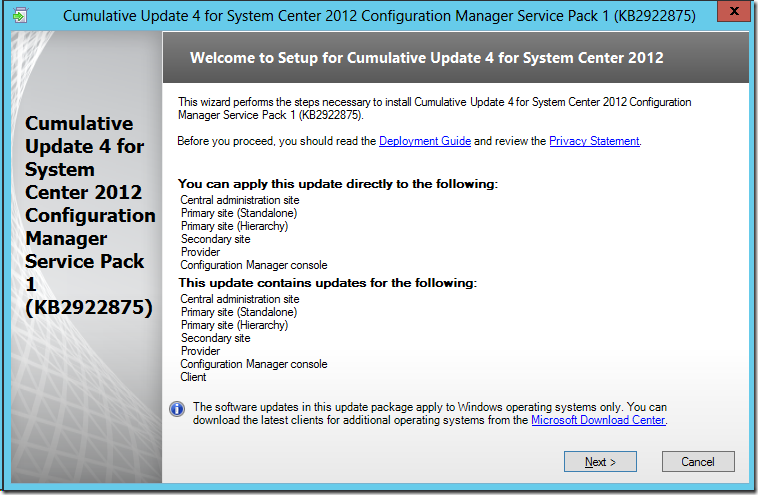 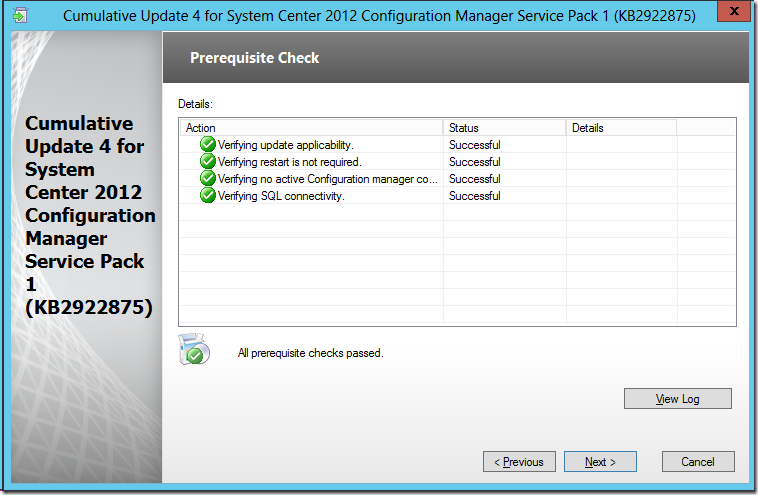 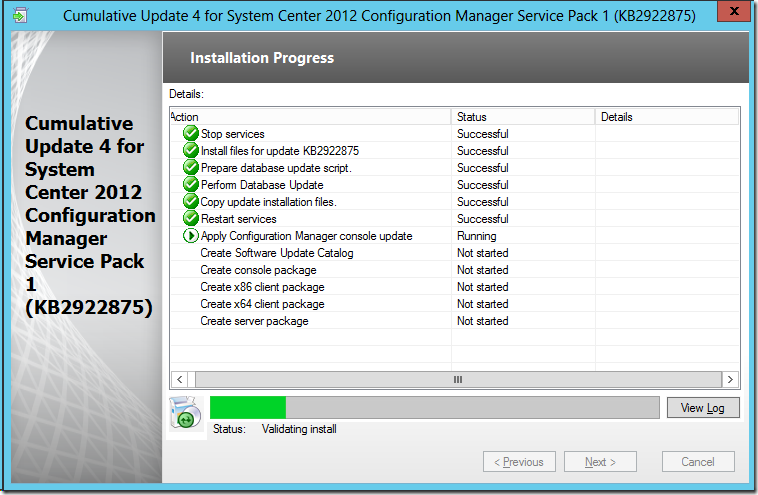 Installing CU4 on my site server.

After the update is installed (and possibly server rebooted), you need to update the boot images. Right-click the boot image that you want to update, and select the Update Distribution Points action. Repeat for additional boot images. 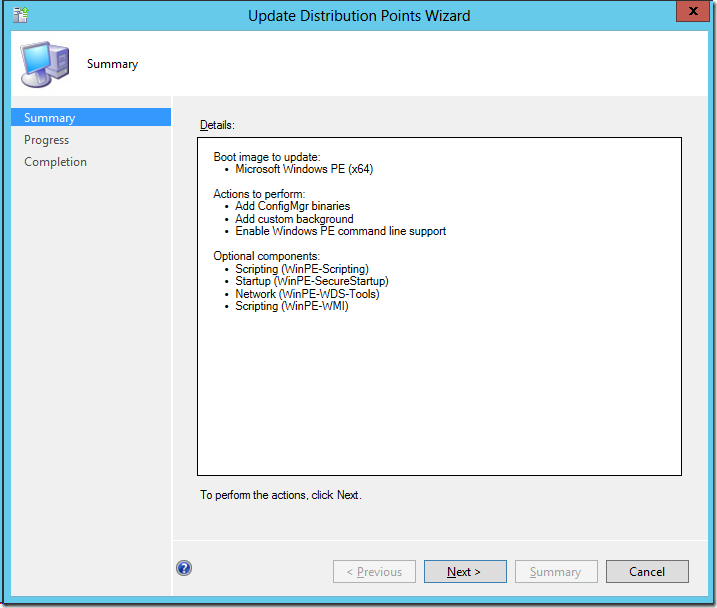 Since the CU4 update contains client updates, I recommend integrating those hotfixes in your client package. I usually create a separate client package anyway, and just add the hotfixes to it.

To have the task sequence deploy the updates, use the PATCH option for the Setup Windows and ConfigMgr action. In the below example, I'm using PATCH="C:\_SMSTaskSequence\OSD\Hotfix\KB2905002\KB2922875\x64\configmgr2012ac-sp1-kb2922875-x64.msp" for x64 task sequence. If you still are deploying x86 operating systems, you need to change to the i386 folder. 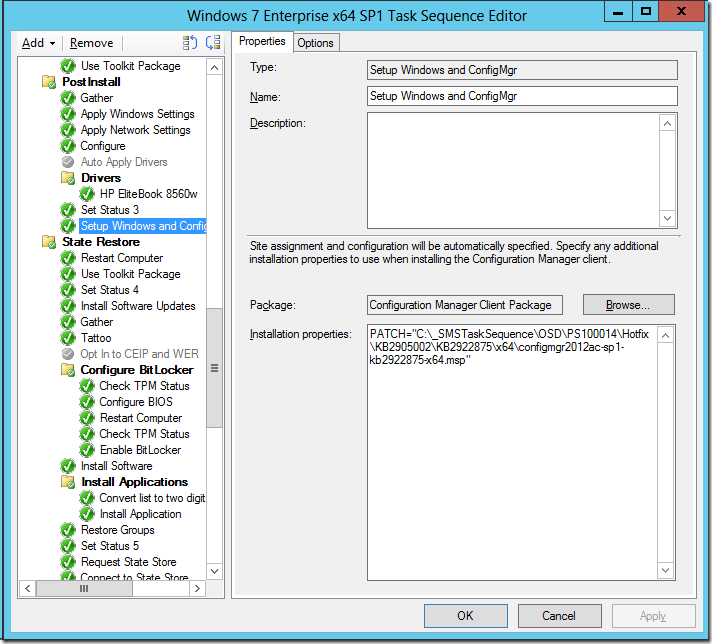 Configuring the task sequence to deploy the new client.

Issue resolved by Johan's Suggestion, my ConfigMgr 2012 SP1 CU4 file was corrupt maybe during download or extraction, I went back to my hotfix link and downloaded a new copy and its works with no issues.

Restart server or not in my case