This post is a summary of the “What’s New and Upcoming with OS Deployment in System Center Configuration Manager and the Microsoft Deployment Toolkit” session presented by Jason Githens and Katarina Hotz at TechEd Europe 2014 on October 28, 2014. The full recording (53 minutes) is available here: http://channel9.msdn.com/Events/TechEd/Europe/2014/EM-B326

Disclaimer: This is pre-release information, and may very well change before final release.

Update 2014-10-31: You really want to take a look at the following post by the ConfigMgr team: Sample Task Sequence and all sample scripts for upgrading to Windows 10

Fundamental direction change in setup for Enterprise organizations: Microsoft is really trying to make in-place upgrades to Windows 10 a good experience. I’m glad they are assigning resources for this, and I will believe it’s working when I see it 🙂   Please note that the current scenarios (New Computer, Refresh and Replace) will still be around, but Microsoft really want core upgrades to work.

In addition to the above, Microsoft wants to be able to roll back an upgrade, in the event the upgrade fails for whatever reason.

No need to upgrade to ConfigMgr v.Next to deploy Windows 10, even good old ConfigMgr 2012 SP1 will be able to do it.

In the demo Jason where using the following command line in the task sequence to launch the upgrade.

Windows Image Configuration Designer (WICD), pronounced Wicked ?   🙂  Is supposed to be able to build a customized mobile or desktop image, and also create provisioning packages that allow you to customize a Windows device, without re-imaging.

Personal note: The provisioning idea sounded good to me, but the idea of using WICD for image builds (if that really is the case) almost made me scream out loud… YET another tool to build images! No Thank You! We have enough tools already, stick with MDT and/or ConfigMgr, and let both OEMS, small organizations, and Enterprise use the same deployment solutions to deploy the same windows. If you (Microsoft) think MDT is too complex, then make it easier! Don’t create new solutions. I do meet a lot of OEMs and they would be thrilled to be able to use the real deployment solutions instead of having to re-invent and create everything them selves from scratch. Such as waste of resources (IMNSHO), both internally at Microsoft and at each and every customer. (End personal note). 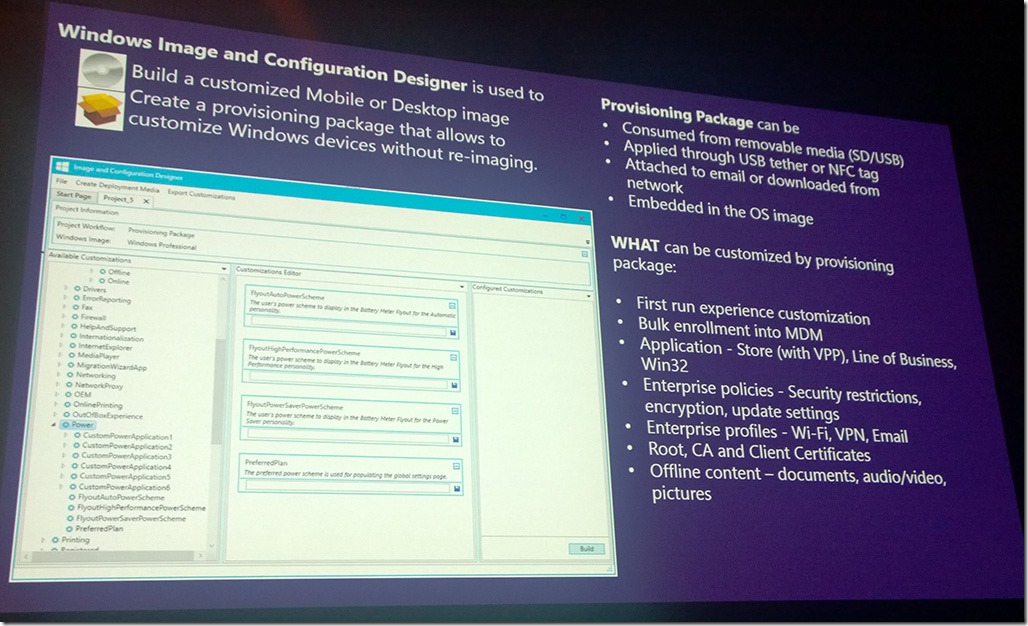 New upcoming version of MDT is in development, not much info presented yet, but a few items were mentioned in the session: 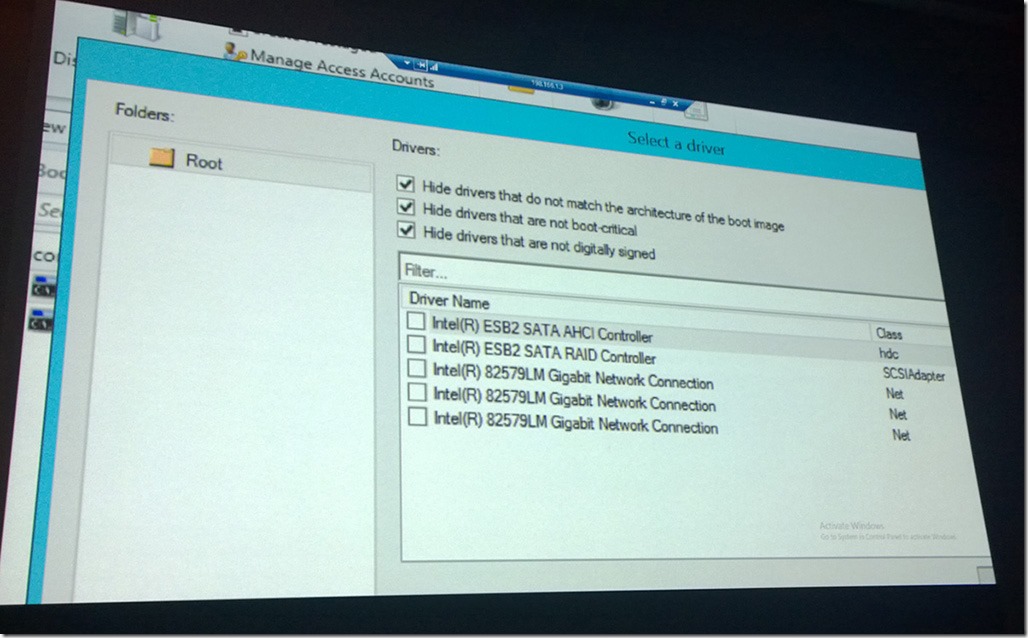 Johan,
Looking at the functionality and screenshot of the WICD it looks to me that this is more a tool to collect specific settings all in one place rather than another tool to create OS Images. If it is that then you wouldn't need to implement all these things like we do today with different methods i.e. Registry settings, LocalGPO, autorun batches, etc. which is very good news.