Note: There are hacks around the 4 GB limits, by using a third party NTFS EFI drivers (but that's not supported by Microsoft). Anyway, see the post below:

UEFI and NTFS – Friends to MDT 2013 at last
https://deploymentresearch.com/471/UEFI-and-NTFS-Friends-to-MDT-2013-at-last

In MDT 2013 Update 2 (and Update 1), the split image support is off by default. You enable it by doing the following:

1. In your deployment share, in the file system, navigate to the Control folder.

2. In the Settings.xml file, enable split image support by changing the SkipWimSplit value to False. Like this:

What if it doesn't work anyway?

Something I learned, the hard way I might add, is that the above setting may not work. It also requires that the label (not filename) of your imported operating system actually contains the word .WIM (or .wim). And yes, it's a bug 🙂

The imported image with a ".wim" in the name. 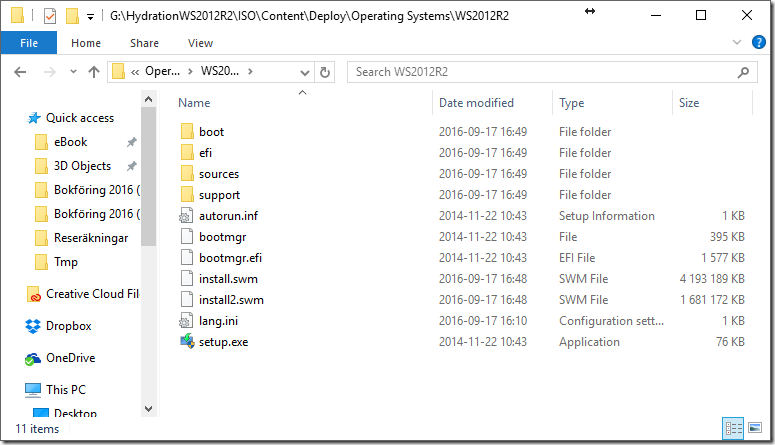 The images in the offline media after splitting, now having the SWM extension.

Where is the label of the imported operating system defined?

It comes from the WIM meta information (which can be changed). I usually just rename the label after import.