What to do in a hotel room, after a new Windows version (well update) has been released? Well, of course, see what changes there are.

After comparing the policy definition files between Windows 8.1 Enterprise and Windows 8.1 Update Enterprise I noticed there were some differences. For example, the following new group policies were added:

Also found an interesting comment in the startmenu.admx file: "TODO: SUPPORTED_Windows_6_3 should be changed to the new version", wonder if that ever happened 🙂 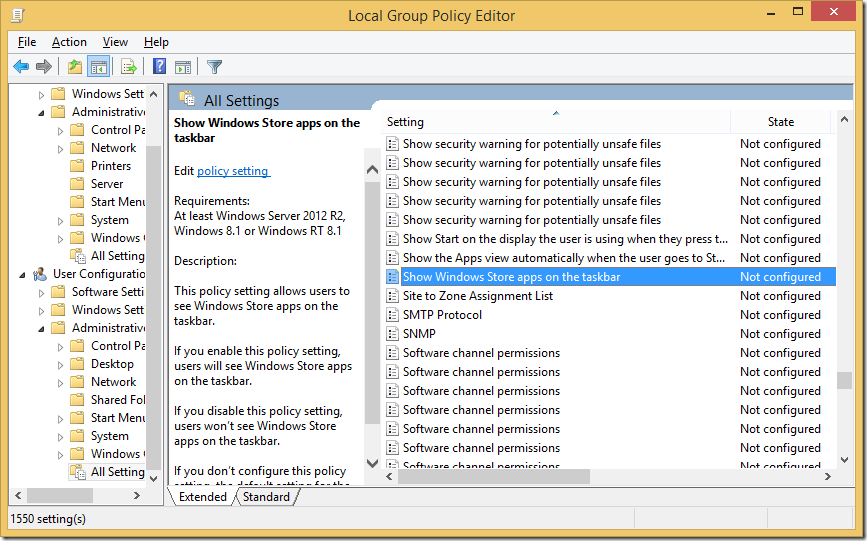 Once of the new group policies in Windows 8.1 Update.