The latest Windows 10 ADK update, build 10586, was silently released a few days ago (Thanks Keith Garner for tweeting the download link). In this post you learn about what’s changed.

Warning: Do NOT upgrade your ConfigMgr 2012 R2 SP1 or MDT 2013 Update 1 environments to this build yet. For ConfigMgr, even though it seems to fix the x64 UEFI / PXE and Powershell/.NET issue, which is great, the new ADK does break Computer Refresh scenarios (Bare metal works). The error code is 0x80220014. Research and discussions with the product teams in progress… MDT 2013 Update 1 yet to be validated, but error comments on twitter does not give me a warm and fuzzy feeling.

First, the setup of Windows 10 ADK build 10586 is like any of the previous ADK setups, with one exception, forget about inplace upgrade from Windows 10 ADK build 10240, you have to uninstall earlier Windows ADK 10 versions first. Another interesting thing is that the foot print on disk went from 6.7 GB to 7.3 GB (if installing all features).

Tip: You can still use the adksetup.exe /layout switch to force the setup to download only, for later setup.

As usual, the Windows ADK documentation is not updated together with the tool release, something that also MDT suffers from, but hopefully it will be updated soon.

Other than  that, the biggest visible changes in this release is for provisioning packages, which now supports running arbitrary command lines and adding setup files. That means that the Commands node is gone, and has been replaced by Provisioning Commands, which also add you to add setup files. You can also see that DesktopBackgroundAndColors has been added, as well as UsbErrorsOEMOverride and WeakCharger.

Note #1: The extremely crappy performance in WICD has not changed in this release, so if you can, don’t run it in a remote desktop session, but rather on a physical machine. Kind of looks like WICD depends on hardware acceleration, like the equally bad HP SoftPaq Download manager does, but this is just an educated guess 🙂

Note #2: The new WICD features seems to require v1511 (build 10586) of Windows 10. At least I could not get the app install feature to work in earlier builds, and the RegisterDesktopBackground feature I could not get to work at all. The background image I added to the package was copied to C:WindowsWebWallpaper, but not set,

Anyway, below you find a few of the new settings configured in WICD (ICD): 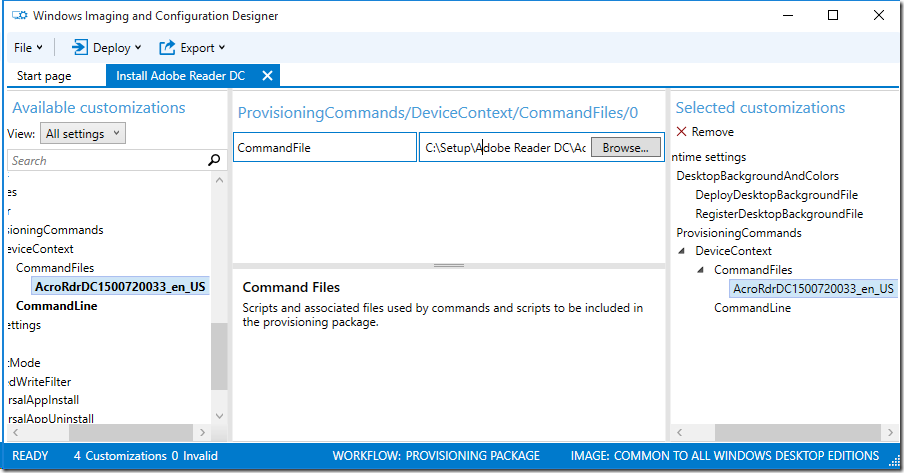 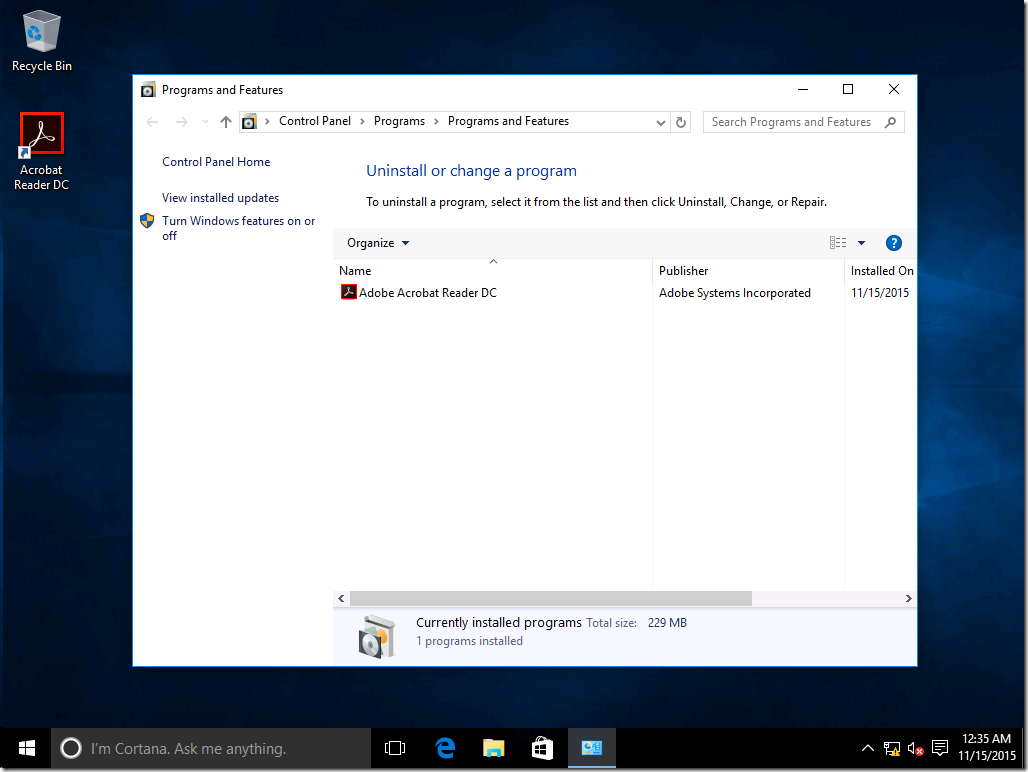