Yesterday was a good day! I finally could lay may hands on not only one, but two Samsung 840 EVO 1TB SSD MSATA cards, and went about to install them in my HP 8570w machines. I bought them at Fry's in Seattle (well Renton, really), and because of their "Match Internet Price" deal, I did not have to pay the initial 549.99 USD price (each) they had, but rather the much better 409 USD price that Amazon sold them for. 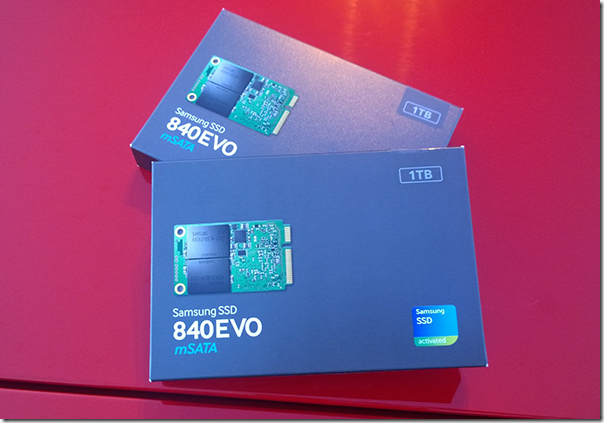 The MSATA card on the hood of our rental car for the week.

After turning off the HP 8570w, I removed the battery (I know, I'm a chicken), and then removed the bottom cover. When unpacking the Samsung MSATA card I realize they didn't ship any screws, so rather than have the MSATA card hanging loose, I borrowed a screw from the normal hard drive bay (will replace it later). 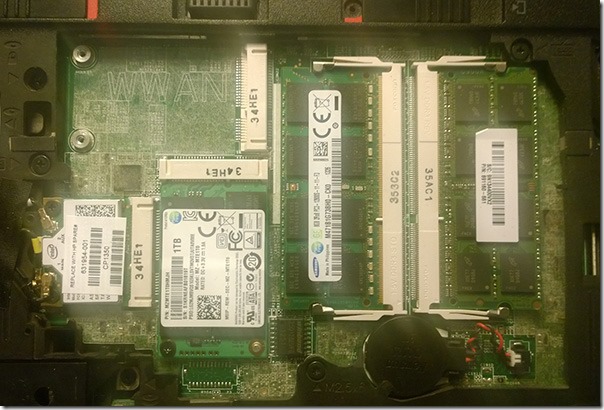 The MSATA Card installed in the HP 8570w.

After booting into Windows, I realized the card was not detected, even though I hade enabled MSATA in BIOS previously. It turned out I simply had to visit the BIOS setup once (without any setup changes at all), for the machine to pick up the card. I had to do this for both my HP 8570w machines, so apparently it's a "feature".

For those of you using Samsung SSD's in the past you probably know they had a performance issue that was fixed in a firmware upgrade released in October 2014. The firmware is available for download on the Samsung website (direct link). Get the Samsung Magician.

Luckily the drive a bought already had the latest firmware. 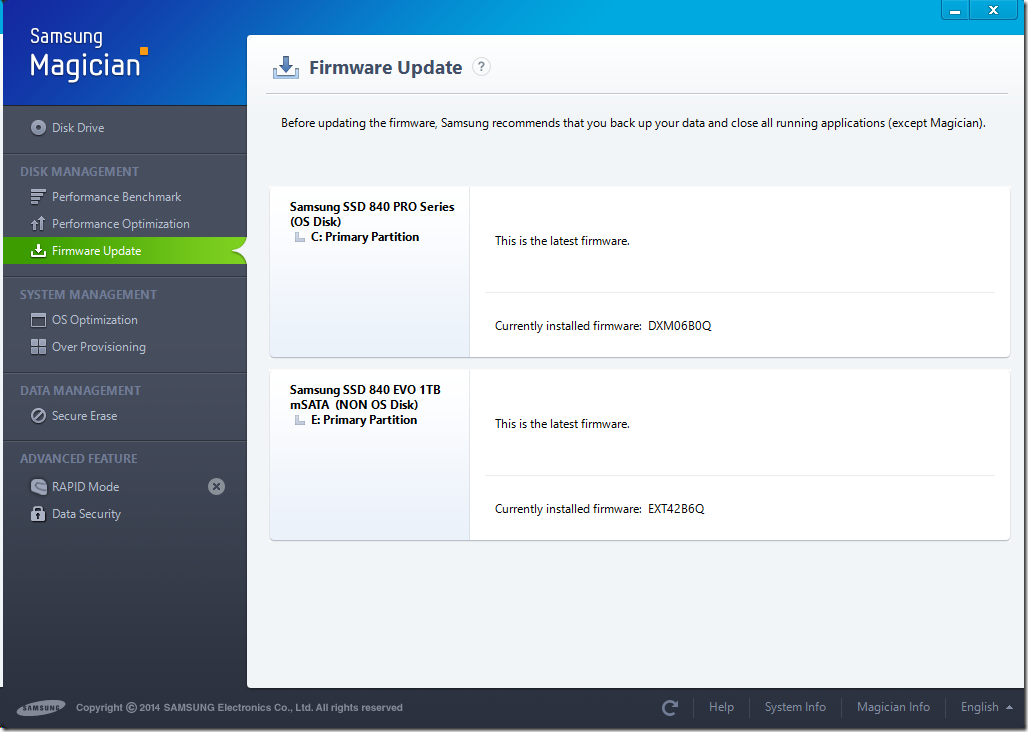 All in all, the SSD is ready be used.

Just fair warning… The performance issues were not fixed with the October firmware update.