Earlier today the CU3 update for ConfigMgr 2012 R2 was released, containing a few nice to have fixes for ConfigMgr.

The full list of fixes, and link to request the hotfix is available here: http://support.microsoft.com/kb/2994331

Before continuing, make sure you have a SQL Backup of the Site Server. The update will update the site server database by default.

Installing the CU3 update is the same process as previous updates. You make sure you have a SQL Backup of the Site Server, and that there are no pending reboots. You can use this PowerShell script to verify prior to running the setup: https://github.com/DeploymentResearch/DRFiles/blob/master/Scripts/Test-PendingReboot.ps1. Or the update will warn you if needed, or simply reboot the site server before installing the update. 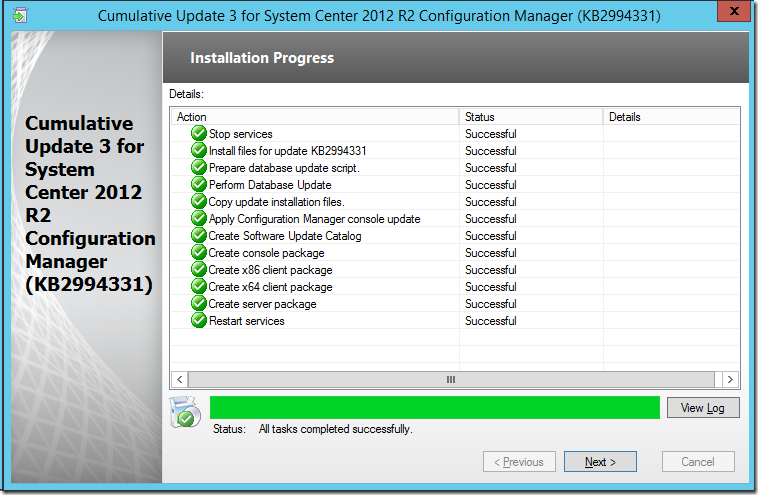 Since both CU1 and CU2 has been released you probably have a good understanding about how to update the client package. You can either use SCUP 2011 to do it, and/or just update your existing client package with the new files. As with the previous updates, the setup will help you create update packages that you can deploy. After updating the client, the updated components have version 5.00.7958.1401. 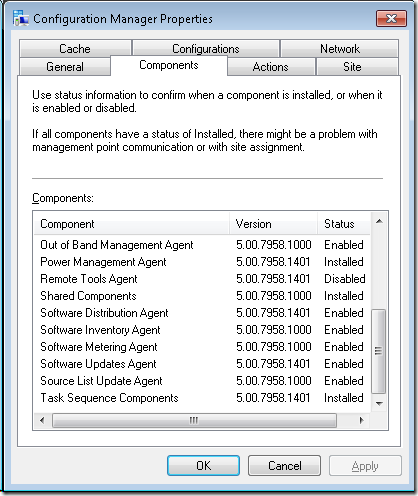 The Task Sequence components of the client or also updated which means you should configure your task sequence to install the latest components. I like to that with the PATCH command in the Setup Windows and ConfigMgr action: PATCH="C:\_SMSTaskSequence\OSD\PS10000C\Hotfix\x64\configmgr2012ac-r2-kb2994331-x64.msp" 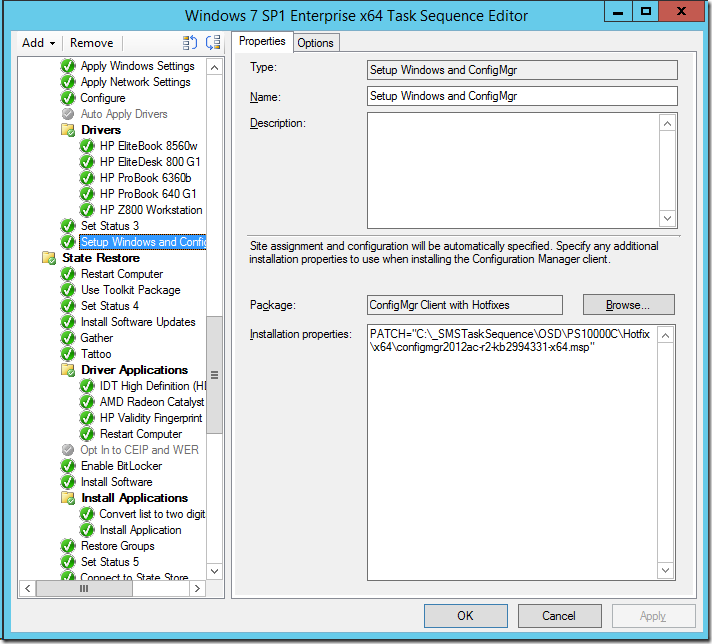 Configure the task sequence to install the latest client updates.

Since the CU3 update contains updated OSD files for the boot image, you need to update your boot images as well. 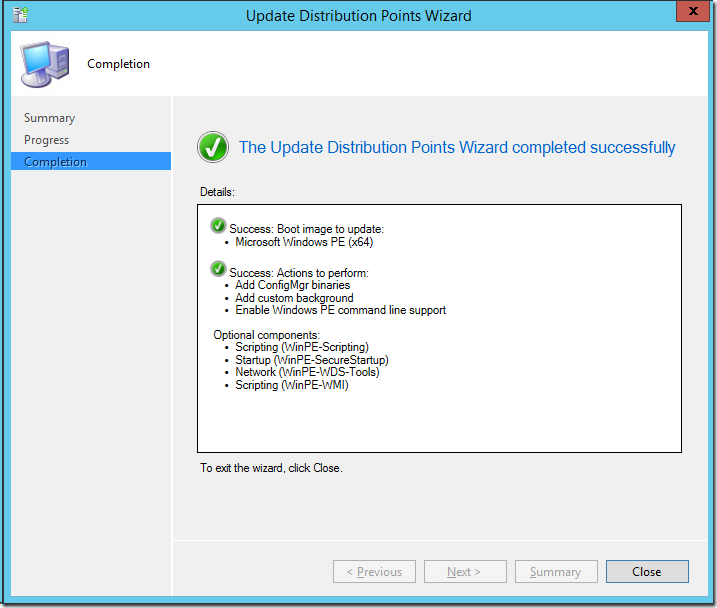 One of my x64 boot images updated.

OK looks like in SCCM 2007 it automatically was upgrading the Configuration Manager Client Package, but in 2012 you have to re-create it. See this dynamicdatacenter.wordpress.com/2013/10/02/update-configuration-manager-2012-sp1-client-with-cumulative-update-3/

If memory serves me well, the ccmsetup.exe and ccmsetup.cab files were updated ny CU3.

Hi Johan, great post! I have one question. I just updated SCCM 2012 R2 from CU2 to CU3 and wanted to know if I need to manually update the source files of the Configuration Manager Client Package and distribute them?

During my upgrade to CU3, I noticed that the Configuration Manager Client Package began distributing automatically, but the source files don't seem to reflect the CU3 changes.

Yes you should update the boot images, since the CU3 adds updated binaries to them.

Hi pfitch, when upgrading to CU3, the setup prompts you to create update packages you can deploy to existing clients. If you have SCUP inplace, you can also use that to update clients.

hi, sorry are you sure about updating the boot images? for CU2 it was specified that you have to update the boot image "After this cumulative update is installed on site servers, any operating system boot image should be updated. To update boot images after the hotfix is applied, follow these steps:" but not for CU3 assuming you already have CU2 installed.I just want to make sure because if yes that means that I'll have to recreate all the prestaged media and send them back to the vendor and well I rather not. (and as a side note thanks for… Read more »

Thank you for this post! I am a newbie when it comes to ConfigMgr. Is there any place where I can find detailed steps on how to update our clients via a package?

Yes, you need to update your boot images. There are updated files that goes into them. I have added a note in the post.

Is there any need to redistribute our boot images after this update?

The PATCH property is supported, it's the ClientPatch folder feature that is not (but it works).

The PATCH property is not a ccmsetup.exe flag but a MSI Property that is passed to the Client.msi during installation.

as far as I know the patch parameter in the shown TS is not Support in SCCM 2012 anymore.

Thanks, everything worked smoothly.