Note: I heard during Microsoft Ignite, that Microsoft is still tracking an offline servicing bug for Windows 7 deployments with Windows ADK v1607, but haven't run into that myself. Anyway, if you would have a problem with the v1607 boot images, you can simply add an older boot image version, like v1507, side-by-side, and use for your Windows 7 task sequences.

First, the setup of Windows 10 ADK v1607 is like any the previous ADK setups, forget about inplace upgrade from Windows ADK 10 v1507 or v1511, you have to uninstall earlier Windows ADK 10 versions first.

Tip: You can still use the adksetup.exe /layout switch to force the setup to download only, for later setup. 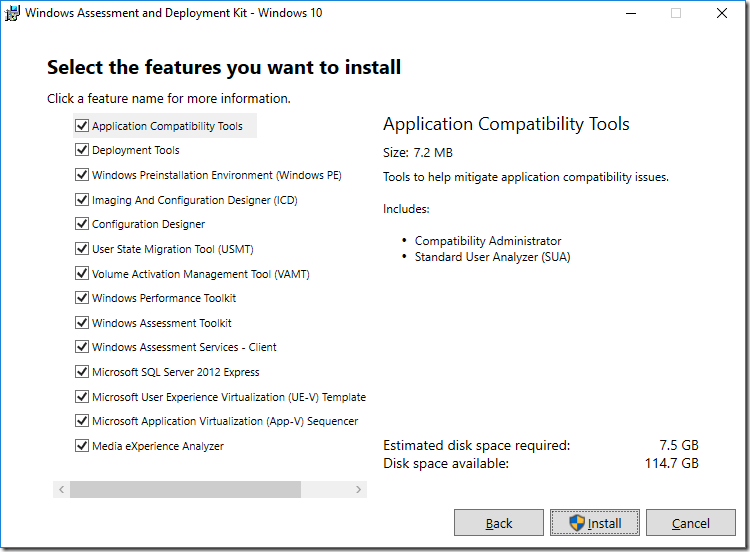 Running the ADK 10 install on Windows 10 v1607, all options available.

The primary bug fixes so far are for the User State Migration Tools, and for fixing an issue breaking ConfigMgr WinPE staging (details here: http://blogs.technet.microsoft.com/enterprisemobility/2015/11/20/issue-with-the-windows-adk-for-windows-10-version-1511/)

First, the Application Compatibility Manager, which has been used for migration application and hardware readiness, has been deprecated and removed in this release, leaving only the Compatibility Administrator (x86/x64), and Standard User Analyzer tools in the Windows ADK 10.

Note #1 : The Application Compatibility Manager functionality has moved to the Upgrade Analytics cloud service. Ami Casto (@MDPro) has written an excellent post on this here: https://deploymentresearch.com/551/Setup-Upgrade-Analytics-for-your-Windows-10-migration-projects

Note #2: For an on-premise version, Microsoft is working on integrating Upgrade Analytics with ConfigMgr. The 1609 TP of ConfigMgr Current Branch has that code in it. You can read more here: http://blogs.technet.microsoft.com/enterprisemobility/2016/09/27/update-1609-for-configuration-manager-technical-preview-available-now/

Windows ICD is changed quite a bit, added provisioning for school devices, and two provisioning modes (simple / advanced provisioning). The School certification / exam mode looks extra interesting. Also there is the new Windows 10 Team Edition settings, which are settings for the Microsoft Hub.

Note: What has not changed though is the terrible, terrible performance when using Windows ICD in a virtual machine, no matter the host hardware. The Window ICD will go into "non-responsive" for almost every change you do in settings. 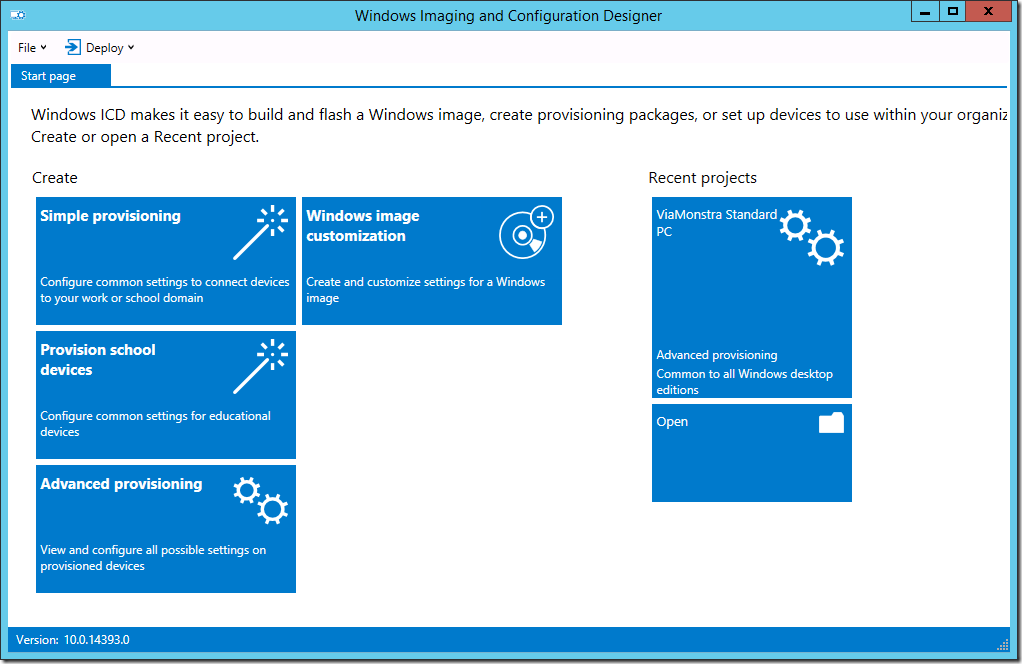 Windows System Image Manager (WSIM) looks about the same as in Windows 10 ADK v1511, but there are some changes for the Unattend.xml file for Windows 10 v1607. You have the complete listing on MSDN: Changed answer file settings for Windows 10 for desktop editions, build 1607 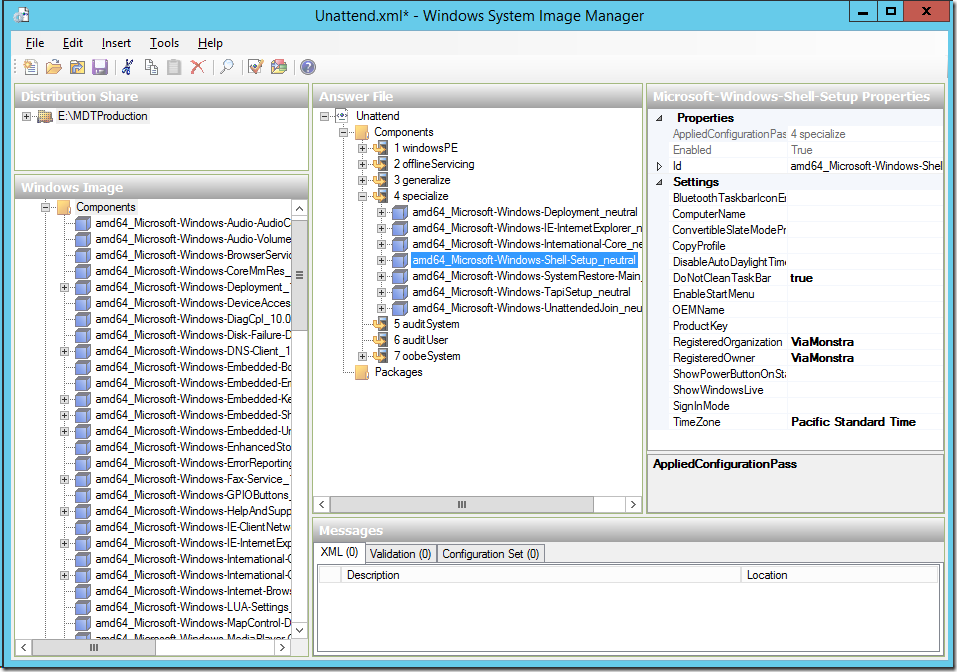