This turned out to be a somewhat interesting Saturday afternoon. I finally got some time to play around with the Virtual Secure Mode feature that is available in Windows 10 Enterprise (only). Since that feature requires the Hyper-V hypervisor to be installed, and I’m still running Windows Server 2012 R2 on my main Hyper-V hosts, testing this in a virtual machine was not an option. Instead I used a Dell XPS 13 (4393) Core i7 box, which is a quite nice machine.

Note: Windows Server 2016 will support virtual TPM 2.0 device to guest VMs, and also will support nesting of virtual machines, testing should be much easier in the future.

Simply put, VSM is a Hyper-V container that isolates the lsass.exe process from the running Windows 10 machine. Reducing the risk of credentials being “ripped” from the computer using tools like mimikatz, and used for pass-the-hash attacks. Something worth mentioning, that I learned the hard way, is that VSM only protect domain credentials, not local accounts.

The documentation around implementing VSM is scarce to say the least, making the project require a bit of research. But here are the steps to enable VSM in Windows 10 Build 10130.

Verify that VSM is running

You can verify that VSM is running by either looking in Task Manager for the “Secure System” process, or in the Event Viewer / System view. 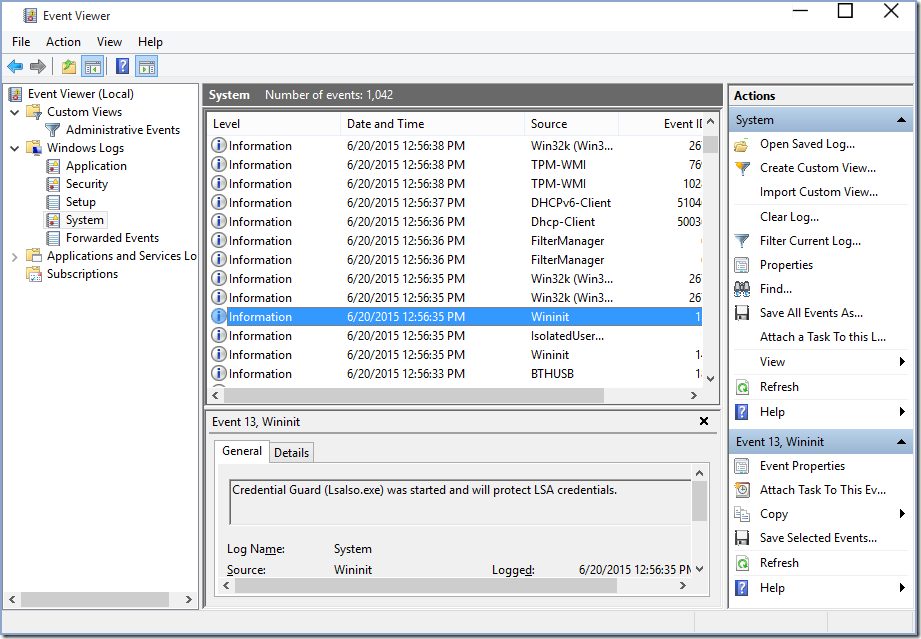 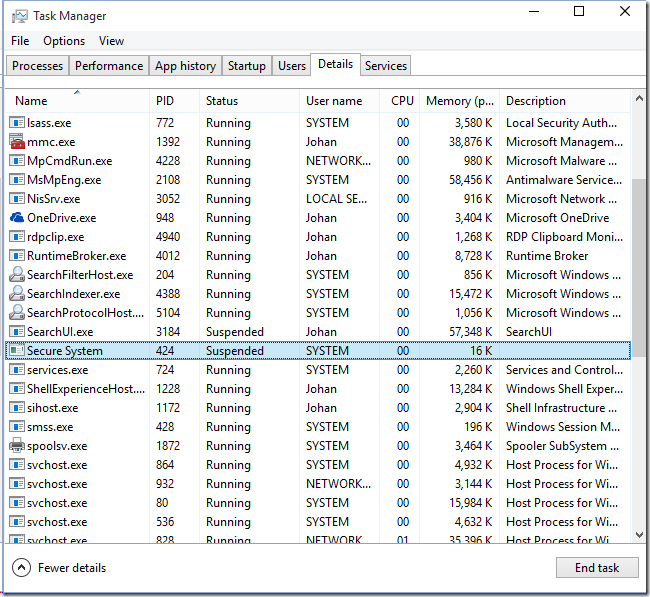 Putting VSM to the test

Finally it’s time to put VSM to the test. On the machine with VSM enabled, I logged in as a domain user (VIAMONSTRAJohan), switched over to a local admin account and run the following mimikatz command:

Here is the output, showing the isolated LSA information. The next image is same command from a machine without VSM enabled. 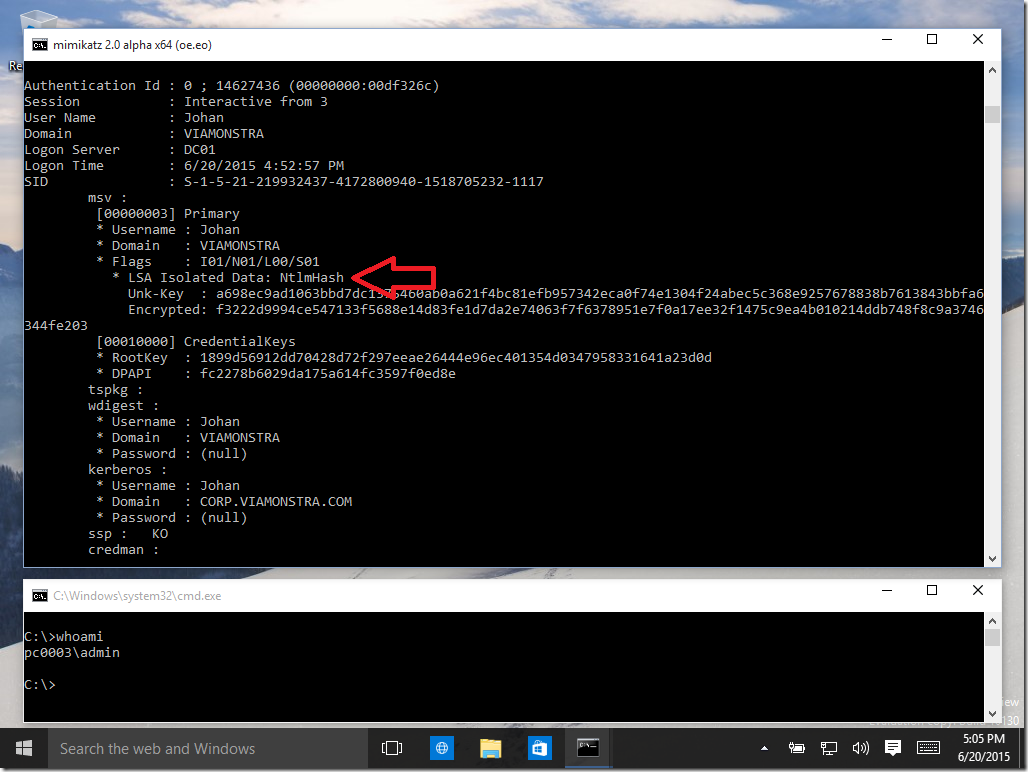 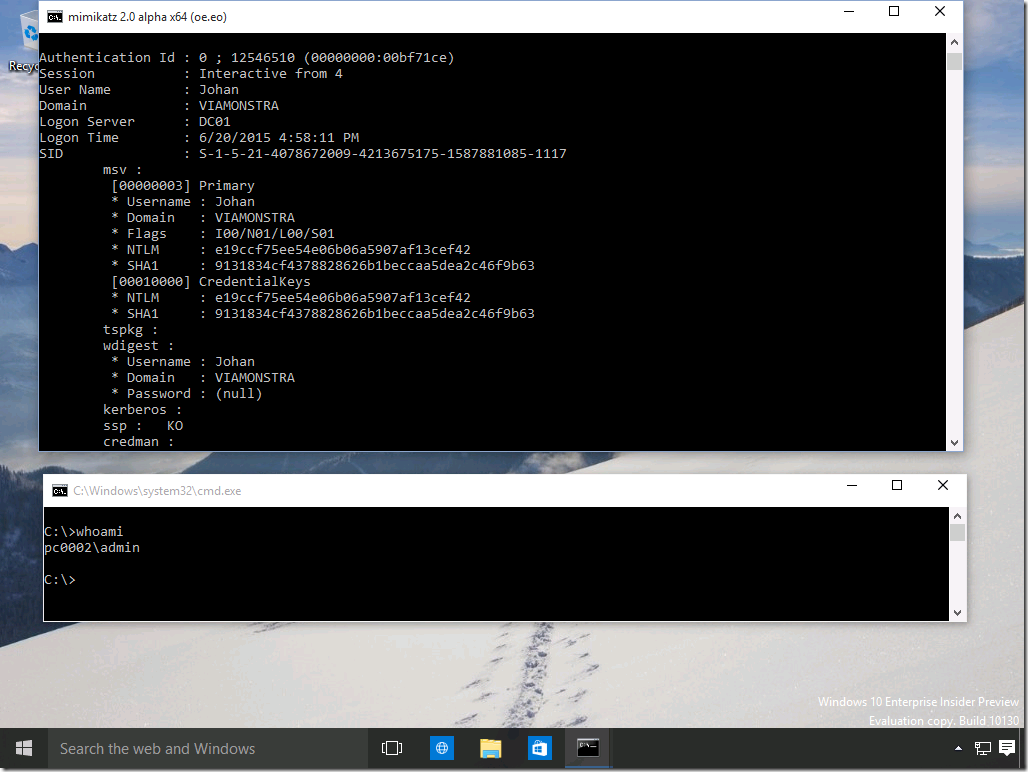 Virtual Secure Mode (VSM) disabled, showing the NTLM hash in mimikatz, which can be used for pass the hash attacks.