First, check out my earlier post on how to deploy Windows 10 build 9841 for some background info.

Note: If you are looking for how to do this with MDT 2013 Lite Touch instead, check this post: https://deploymentresearch.com/Research/tabid/62/EntryId/195/Deploying-Windows-10-build-9860-using-MDT-2013-Lite-Touch.aspx

Then, since there is no ISO download of Windows 10 Enterprise Technical Preview build 9860 (at least not yet), you have to get the install.wim another way. You basically have one option:

Update: There is a PowerShell script available that builds a Windows 10 ISO here: https://deploymentresearch.com/Research/tabid/62/EntryId/197/How-to-create-a-Windows-10-Enterprise-build-9860-ISO.aspx

ESD files were introduced in Windows 8.1, and are simply highly compressed versions of a normal WIM file. They are often called a Push-Button Reset Image. You cannot mount or service an ESD file, and you will find they take forever to extract (decompress) information from. But they are smaller than the normal WIM file, about 30 percent or so.

If you want to review the content of the install.esd, you can use the dism command to do so:

To extract the install.wim in a format that ConfigMgr 2012 R2 accepts, you need to change the compression type in the image. You can either do that by applying the correct index (#4) to a folder, and then capture that folder to a new install.wim file. But you can also create a new empty WIM file with the right compression type, and then just export the correct index from the install.esd file to this new wim file.

Update: There is a PowerShell script available that does everything for you here: https://deploymentresearch.com/Research/tabid/62/EntryId/197/How-to-create-a-Windows-10-Enterprise-build-9860-ISO.aspx

1. Create a new empty WIM file, with the right compression type, by running the following commands (press Enter after each command):

2. Export the Windows 10 build 9860 image from the install.esd file by running the following command.

Import the install.wim to ConfigMgr 2012 R2

Once the capture is completed, you simply copy the new install.wim to your ConfigMgr or File server, import it to the ConfigMgr console, and create a new task sequence. After creating the task sequence, modify it per the instructions in my earlier post.

Note: You still need to have the updated dism files in your MDT 2013 files package as outlined in my earlier post. I didn't have to update the dism files to 9860 versions, the 9841 version of dism seems to support the new 9860 build just fine.

Image Properties of the new 9860 build of Windows 10 Enterprise image (add to the ConfigMgr console). 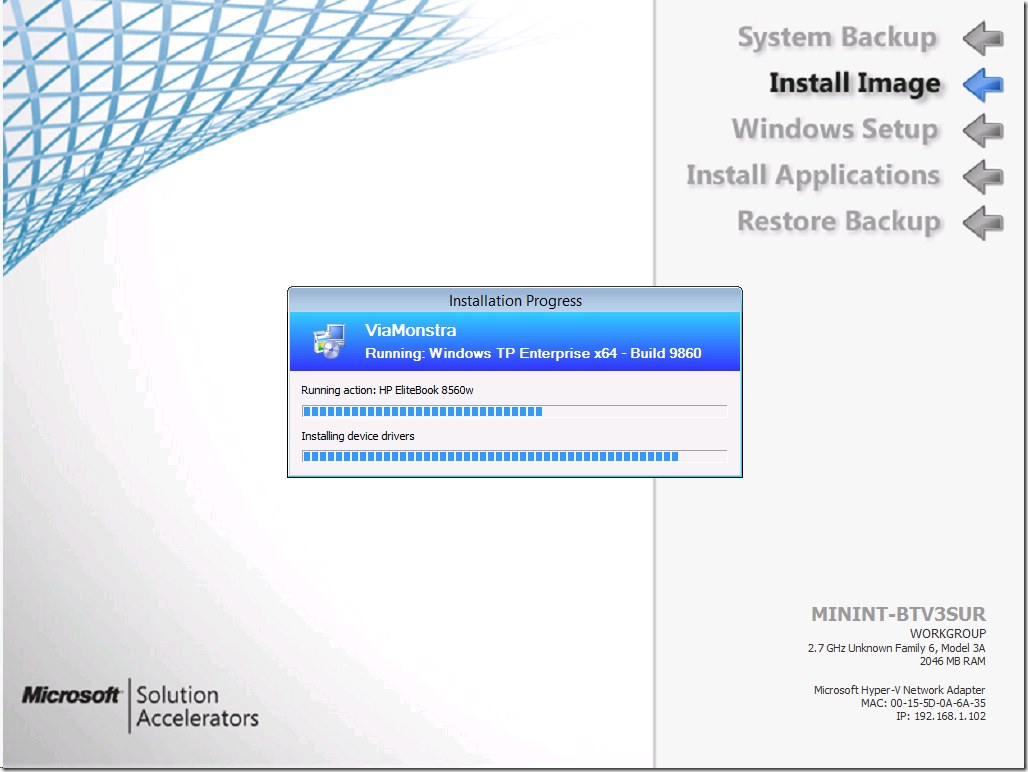 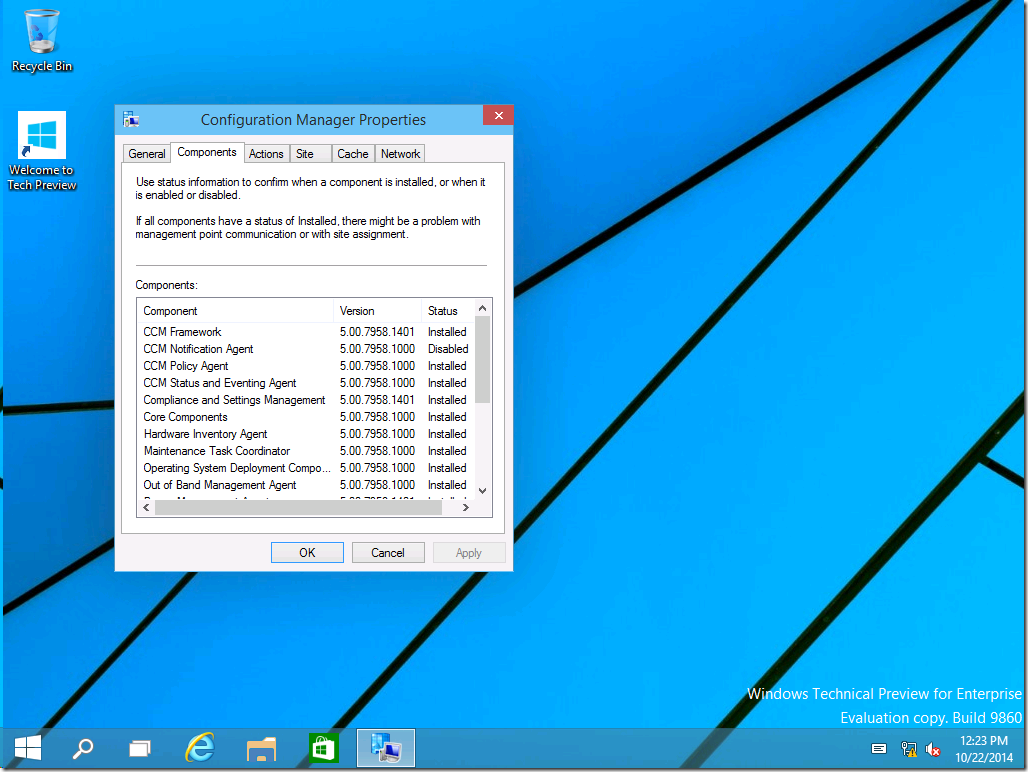 Hi Johan,
I think I was just not patient enough. Is it called "impatient" ? 🙂
After letting the client do its Things and waiting longer than I expected, it finished up and worked,

Contact me offline, and I can see if I can help. You find contact info on the about page.

Hi Johan,
Yes, I normally also do that. But I got the same error when using MDT. So I tried with SCCM instead. I hav changed DISM to the correct version, but still the same.
Any idea ?

Hi,
I have done a build and capture in SCCM 2012 R2 and the deployed the captured image via a Tasksequence in Configmgr.
But after the deployment the client just stays in "Getting Ready" and never finishes the installation of Windows 10.